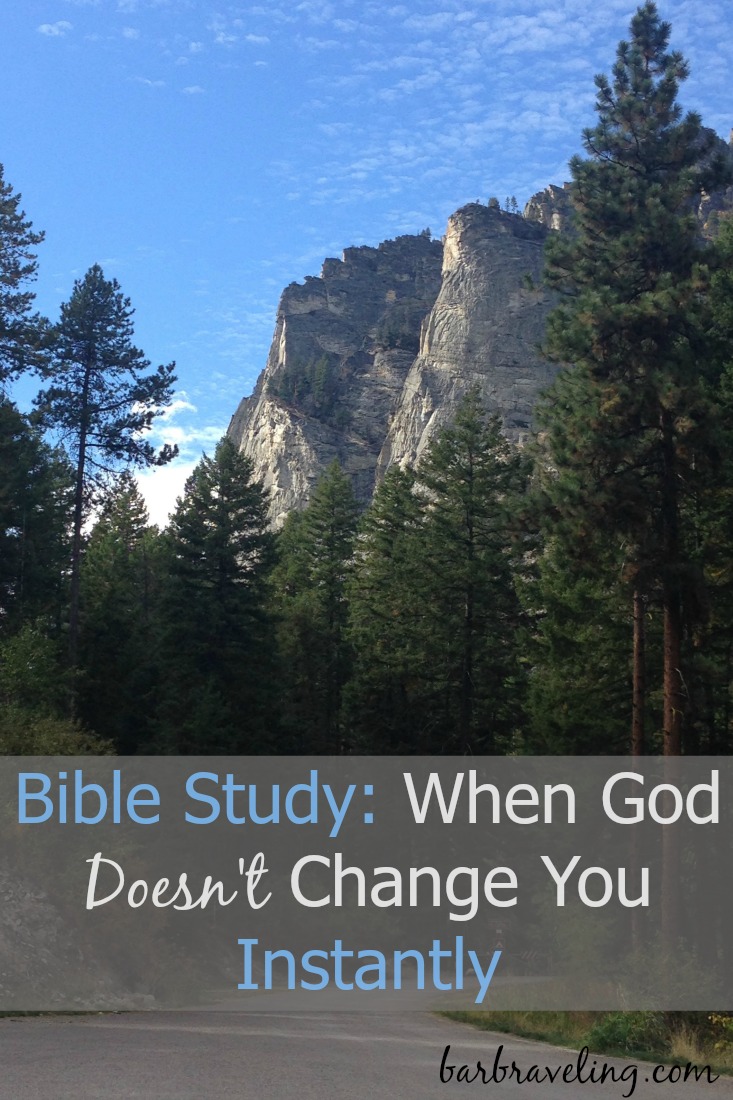 I just finished listening to a wonderful true story of God healing a World War II vet who had been obsessed with revenge, addicted to alcohol, and indulgent with pornography.

The minute He was saved, God took away his desire for all three of those things.

Sometimes God does miraculous works in our lives with no effort on our parts – just pure, delightful grace. But not always. More often than not, He asks us to get involved in our own healing.

Today’s Bible study is about a man who was asked to get involved.

When God Doesn’t Change You Instantly

3. Now think of your own goal. What would you like to be delivered from?

4. Read 2 Kings 5:7-9. Pretend you’re in Naaman’s position. But instead of having leprosy, you have whatever it is you’re trying to change with your goal. You’ve heard there’s a man of God who can transform you and you’re driving to his house for help. What are you thinking as you wait for the door to open? What are you expecting?

5. Read 2 Kings 5:10. Is that what you would have expected when the door opened? How would you have responded if some guy—not even the guy you went to see—told you to go wash in the river 7 times if you want to reach your goal?

6. Think of your own goal. What are you expecting from God and this study? Are you expecting this to be the somewhat easy answer to reaching your goal? If so, do you think your expectations are realistic?

7.Read 2 Kings 5:11-12. Why do you think Naaman responded this way to Elisha’s instructions?

8. Think of your own goal. Have you ever tried to accomplish it before? If so, how did you respond when you didn’t accomplish it as fast as you wanted?

9. Why do you think God didn’t heal Naaman instantly? Why did He made him get involved in his own healing?

11. Do you think God would have healed Naaman if Naaman had refused to dip in the river seven times? Why or why not?

12. What if Naaman had beat himself up after the 4th dip in the river because he wasn’t healing fast enough? Would that have been crazy? Why or why not?

13. What was Naaman’s role in the healing process? What was God’s role?

14. Was Naaman healed in his own strength or God’s strength?

15. Read the About section of this blog. What does the Bible tell us to do if we want to get rid of our old behavior and start living different lives?

16. Think of your own goal. What will you need to do if you want to be transformed and God decides not to do it in an instant like He did for the guy in the book I was reading?

17. Are you willing to do the “work” of abiding in God’s Word, fighting your battles with spiritual weapons, and renewing your mind over and over again so you can reach your goal – even if it takes way longer than you think it should take?

18. What do you think will happen if you do the work?