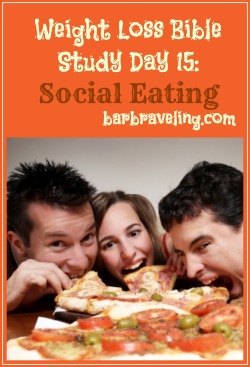 Don’t you hate it when everyone around you is on their fourth piece of pizza, and you’re sitting there with a salad on your plate?

So we sit there feeling deprived until we can’t stand it any longer. Then we eat.

In the back of our minds, there’s a tiny little lie that’s fueling our actions: Life should be fair. And it’s not fair if everyone else gets to eat, and I don’t. If they get to eat, I should get to eat, too.

This sounds like the truth. After all, weren’t most of us raised by parents who did everything they could to make sure all us kids were treated equally? And don’t we live in a country that tells us every day, in one way or another, that life should be fair?

When we’re bombarded with the message everywhere we turn, it’s hard not to buy into it.

It’s not fair. I’ve probably written those words a hundred times in my truth journal.

I then go on to tell why my life isn’t fair: because I have to do more work than someone else. Because someone else is getting recognized for their work, and I’m not. Because I’m always the one that has to apologize.

There’s no end to the reasons I can come up with of why my life isn’t fair.

No matter what the reason, God always gives me the same truth: If He were to line up all the people in the world on a line based on who had the “fairest” life, I would be near the top of the line.

And I think it’s unfair that someone else gets to have a treat when I don’t? Give me a break.  The truth never ceases to convict me and bring me to my knees in repentance.

We believe the lies that make us eat because the culture spoon feeds us those lies from birth. When I write the lies in my journal, I believe them – until I take the time to look at them.

Today I want to encourage you to keep persevering with the renewing of your mind. We’re never happy when we’re believing the lies of the world. And we’ll never break free from our compulsive habits if we don’t break free from the lies that fuel those habits.

The truth will set us free, but only if we pursue it. Let’s do a little pursuing right now.