You are here: Home / Anger / Living with an Unpleasant Truth: A Reader’s Story 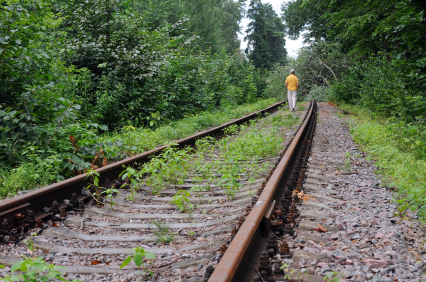 Today I want to share the story of a woman who lived with an unpleasant truth.

I met this woman when she commented on my other blog a few years ago, and we developed a friendship. Here’s a portion of her first comment on the blog:

I should be further along, but this lesson (Week 2 Day 3 of Freedom from Emotional Eating) is killing me.  My 33rd wedding anniversary was last weekend, but my husband left me emotionally and physically 4 years ago.

He still lives here,  just not with me.

He hasn’t held a job in over 10 years, and I have eaten my emotions over this for decades. In 33 years he’s only worked 11 years. I have a feeling I’ll be going over and over this lesson until I can get through it. It could take me a long, long time. (cry)

I encouraged her to move on to the next lesson, and this is a portion of the e-mail I received from her a few days later (which I’m using with her permission):

My truth journaling started out angry and defensive, I was trying to justify to God why I should be allowed to hold this grudge and anger. And then I was angry that your Bible study should even suggest that I deal with this!!

I cried hot angry tears. I thought there was no way you could understand just how hard my marriage was. After all, I was trying to stop emotional eating, what did my emotions have to do with my husband!! Boy did I find out!!

Yes, then the lies started to pour out. And I realized I was not wanting to forgive myself for marrying him. You know like – how could I have been so stupid. So I truth journaled ALL those emotions and am starting to see the lies that I had no idea were there!! Then I started feeling lighter, freer.

But if I stop truth journaling about this when I think I’m too busy, I can feel the heaviness returning. I’m looking so forward to God helping me resolve this. I now believe He will. No matter how my husband treats me, I can cling to Him!

God is a Refuge

This woman discovered the secret to living joyfully in the midst of a difficult life: go to God every time you feel the heaviness returning. Look at life from His perspective. Savor His love. Gain His strength. Do His will.

She continued to pursue God and learned to be joyful in a difficult marriage. After awhile we lost touch, but I often wondered how her marriage was going.  The other day I wrote to her and asked. Here’s a portion of her e-mail:

(My husband) has changed a lot. I had changed with FFEE in my responses to him and that was good. Very hard for me to do, but he responded more positively towards me.

But then (he) had a kind of crisis where he had to change, or I can’t even imagine the alternative. His lifestyle was so selfish. Thank God! Praise God! He did change! Of course it has been over the last 2 years, and slower (LOL!!) than I’d like! (LOL!!)

But he is growing again as a Christian! He is listening to God and seeking God and that is amazing! I can support him in this 100% and that is fun. And he too can encourage me!

God is a Rock

God is incredibly good. He lifts us up and carries us through difficult times. My friend was joyful even before her husband changed, but God gave her the additional blessing of a changed husband.

He doesn’t always do that. After all, free will is in place, and He doesn’t usually force people to change. But even if He doesn’t—a life of submission to His will is always our best hope for happiness.

Even when His will isn’t easy.